in the Heart of the Alps, Innsbruck, Austria.

The world these days is a competitive place where success is the only currency that counts. Failure, which is usually considered the opposite of success, or even an obstacle on the road to it, is seen as something to be avoided at all costs. But are our failures always such disasters? Not necessarily – and it may well be time to review our opinions about failure as a concept. Contrary to popular belief, failure actually isn’t the opposite of success, but rather a necessary part of it. Failure doesn’t need to be avoided. Instead, it should be embraced, because we can learn from it and become stronger in the future as a result.

We will spend the first half of our day shining lights on positive and negative aspects of failure in our scientific lives. How much failure is a good amount and how do we cope with failure? We will learn why failure can be a good thing. We will see why failure is an opportunity, what it can teach you and how you can overcome it. Learning to fail today will help you be successful tomorrow!
In the afternoon session, the speakers will present aspects of boredom in our daily lives in order to broaden our perspective on matters. We will show whether boredom is exclusively bad or not. How can we avoid it eventually? Isn't the life of a researcher sometimes boring? We have to write reports and read papers; it is inevitable to repeat experiments and reproduce results. When we start a project it is very exciting, but after time passes by the fascination often fades. Also what is very interesting to one person might be rather boring to another. Our interest in a subject has everything to do with how we approach it. So, anything could be interesting :)
So, we will look at the mundane and overlooked phenomena in research which is often viewed as useless and unnecessary, but when analyzed more precisely unveils itself to be genuinely captivating.

Failed & Bored provides a positive perspective on failure and boredom in science and business. This conference draws on MCAA fellows success stories and literary anecdotes to explain the importance of failure & ordinary subjects in research, the advantages of embracing it and the power of leveraging your mistakes to stimulate personal growth.

No matter how many mistakes you make or how slow you progress, you are still way ahead of everyone who isn't trying.

Many of life's failures are experienced by people who did not realize how close they were to success when they gave up.

“A CV of Failures”,  Dr. Melanie Stefan - Edinburgh-Zhejiang Lecturer - The author of "A CV of failures: Naturejobs"

An ideal opportunity to network, connect, continue conversations and sharing your failure stories under a more 'relaxed' atmosphere. 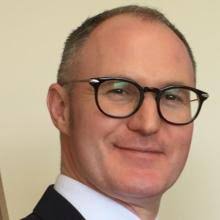 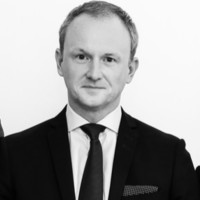 Coming out of the closet of bullying 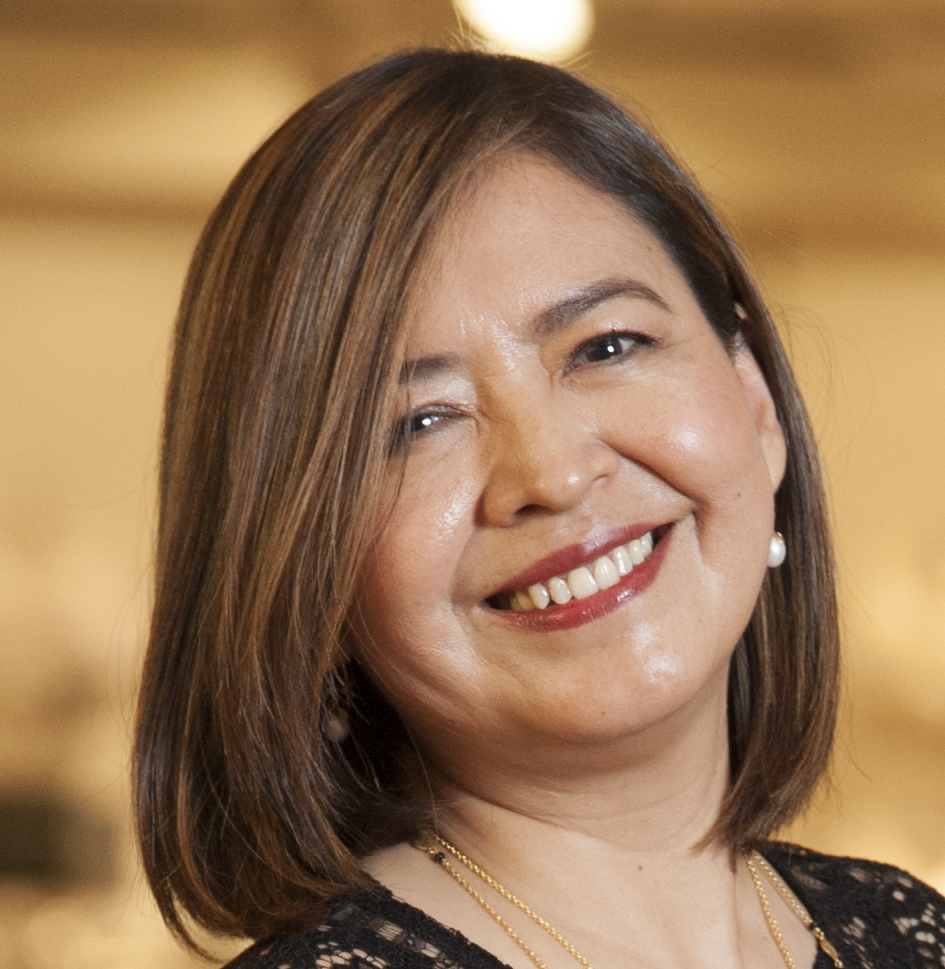 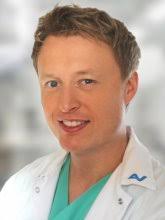 Stories of failure that inspire you 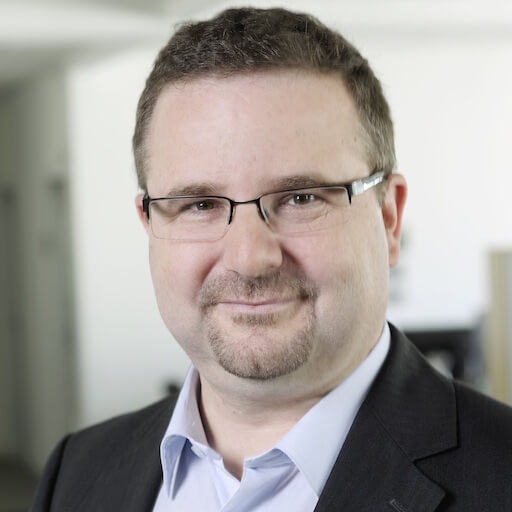 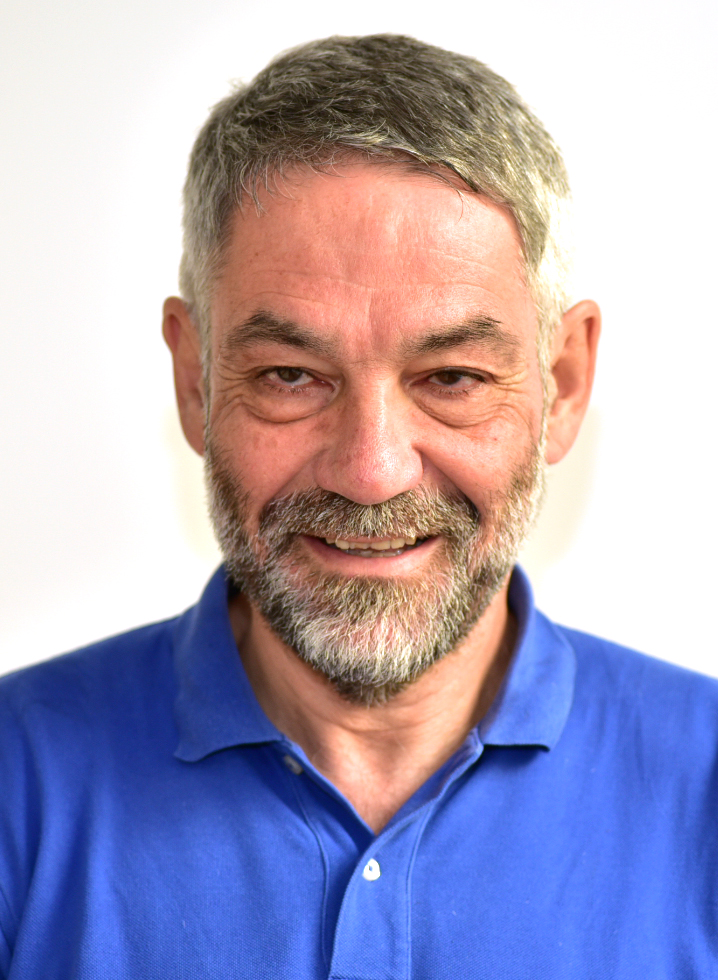 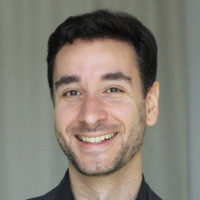 What if boredom is a trend? 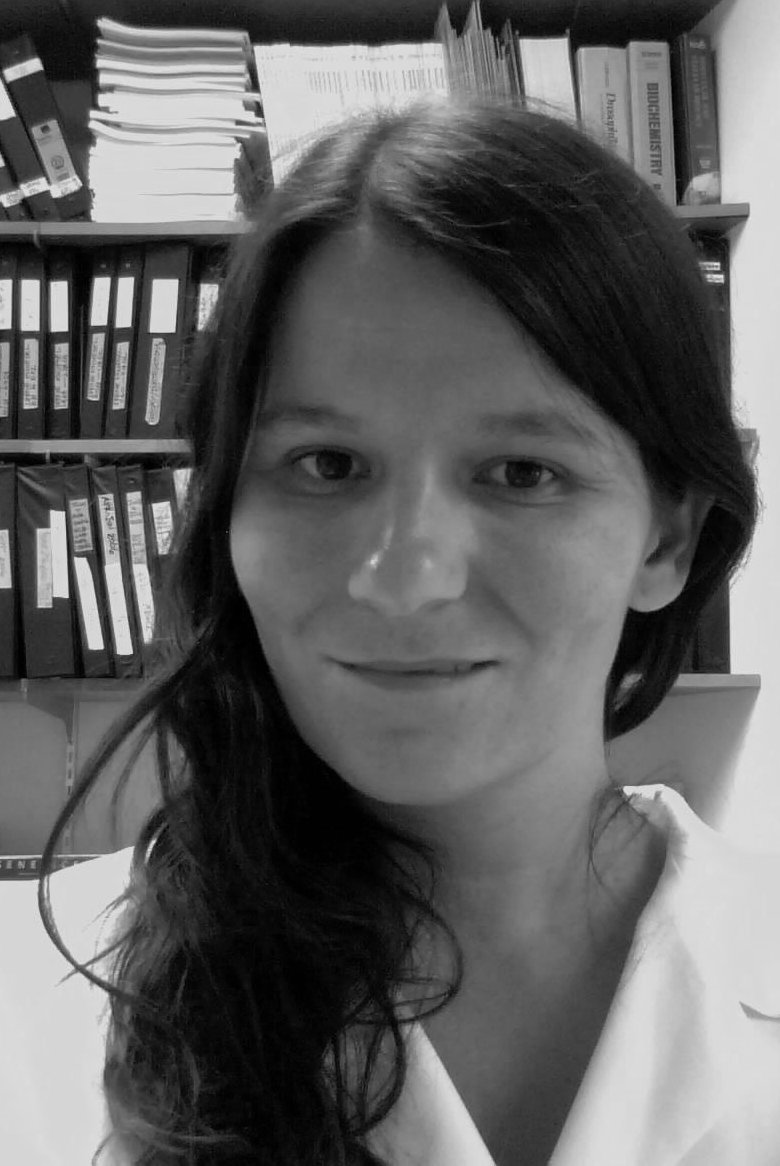 A CV of Failures 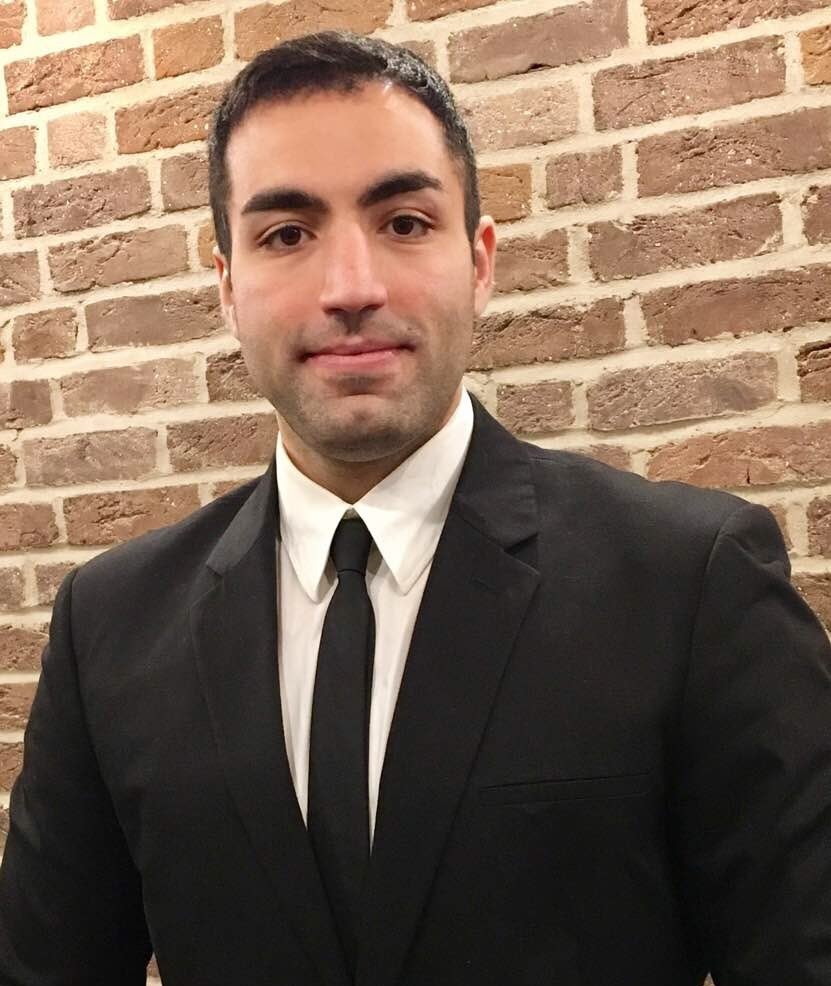 If you want to become a speaker in one of our sessions, get in touch with us by E-Mail.

We invite members interested in applying for a micro travel grant to attend the "Failed and Bored Conference" to (login and) complete the on-line application form here: https://www.mariecuriealumni.eu/form/micro-travel-grants

These grants are intended to assist members in covering travel and accommodation costs. The micro-grant, if awarded, will be a reimbursement, based on real costs incurred, and limited to a maximum, based on member location, and availability of funding. Members are therefore advised to apply for these grants as early as possible. Current MC fellows are requested to use the project budget for this purpose.

The University of Innsbruck (German: Leopold-Franzens-Universität Innsbruck; Latin: Universitas Leopoldino Franciscea) is a public university in Innsbruck, the capital of the Austrian federal state of Tyrol, founded in 1669.

It is currently the largest education facility in the Austrian Bundesland of Tirol, the third-largest in Austria behind Vienna University and the University of Graz and according to The Times Higher Education Supplement World Ranking 2010 Austria's leading university. Significant contributions have been made in many branches, most of all in the physics department. Further, regarding the number of Web of Science-listed publications, it occupies the third rank worldwide in the area of mountain research.

Since 1669, theology has been on the University Street and with the opening of the SOWI in 1999, an attractive campus has sprung up in the center of Innsbruck. The baroque buildings of theology in symbiosis in the architectural language of the SOWI complex in the materials glass, steel, and exposed concrete illustrate the versatility of functional processes. The campus can be reached directly by the lines of the Innsbruck public transport company and the SoWi underground car park makes it possible to visit the campus with your own car for a fee.

Click here to find more info on how to get to the campus Universitätsstraße. 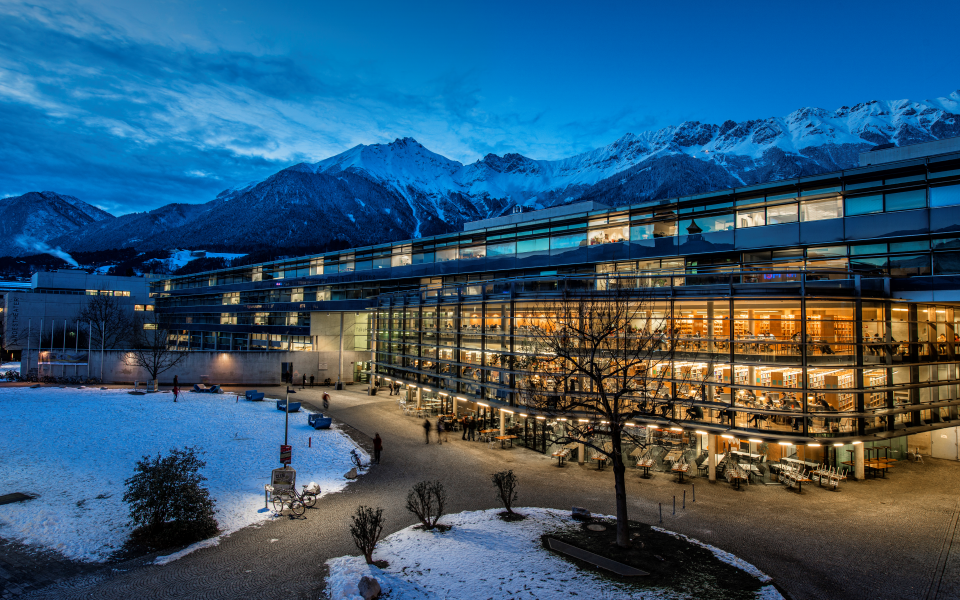 Innsbruck, capital of Austria’s western state of Tyrol, is a city in the Alps that's long been a destination for winter sports. Innsbruck is also known for its Imperial and modern architecture. The Nordkette funicular, with futuristic stations designed by architect Zaha Hadid, climbs up to 2,256m from the city center for skiing in winter and hiking or mountaineering in warmer months.

Click here to find more info on how to get to Innsbruck.

Getting into and around Innsbruck

Tyrol is a western Austrian state in the Alps that’s known for its ski resorts, historic sites, and folk traditions. The capital city, Innsbruck, surrounded by mountains, is home to Habsburg Empire landmarks like baroque-style Hofburg Palace and Gothic Hofkirche Church. The city’s symbol is the 15th-century Goldenes Dachl, a loggia topped with gleaming copper tiles commissioned by Habsburg Emperor Maximilian I.

Click here to find more info on how to get into and around Innsbruck.

We have organized an evening social event and would very much like you to join it.

This event is an ideal opportunity to network, connect and continue conversations under a more 'relaxed' atmosphere, so please come along and extend your experience.

The Stiftskeller is a restaurant and beer bar in the center of the old town of Innsbruck. Centrally located on Franziskanerplatz, we will not only enjoy traditional Tyrolean specialties from the kitchen (a full-course menu) but also a great selection of wines. 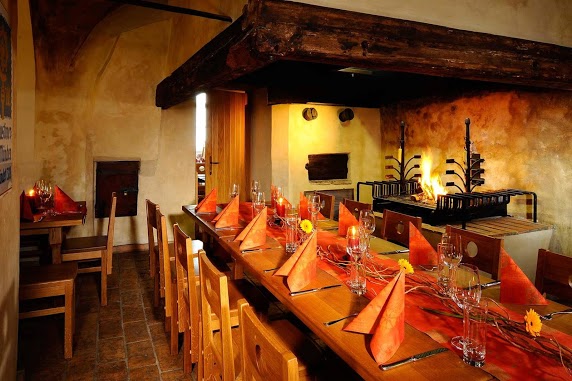 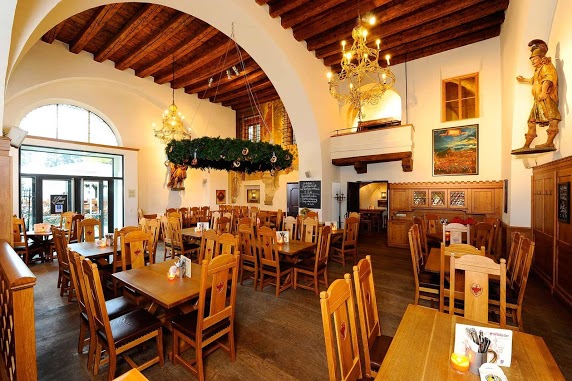 Do you want to become a partner? Contact us by E-Mail. 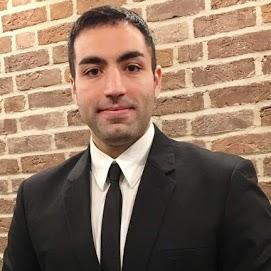 Most people don’t reach their dream, not because of failure but because they GIVE UP. 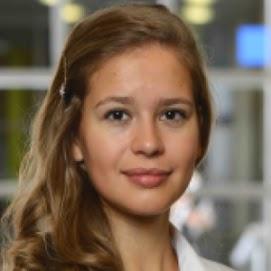 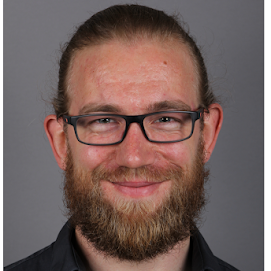 Failing is an inevitable part of trying to get better.