Three scientists have been awarded the 2019 Nobel Prize in Physics for "ground-breaking" discoveries about the Universe.

James Peebles, Michel Mayor and Didier Queloz were announced as this year's winners at a ceremony in Stockholm.

Peebles was honoured for work on the evolution of the Universe, while Mayor and Queloz won for their discovery of a planet around a Sun-like star.

Reacting to the news, Prof Queloz told BBC News: "It's unbelievable," adding: "Since the discovery 25 years ago, everyone kept telling me: 'It's a Nobel Prize discovery'. And I say: 'Oh yeah, yeah, maybe, whatever.'"

But in the intervening years, he more-or-less "forgot" about the discovery: "I don't even think about it," he said. "So frankly, yes, it came as a surprise to me. I understand the impact of the discovery, but there's such great physics being done in the world, I thought, it's not for us, we will never have it. 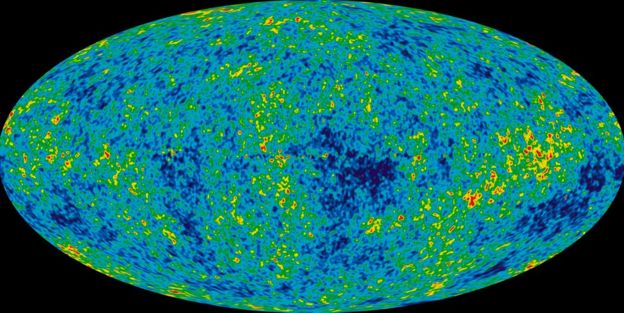 Ulf Danielsson, a member of the Nobel Committee, commented: "Both these prizes... tell us something essential, something existential about our place in the Universe."

"The first one, tracing the history back to an unknown origin, is so fascinating. The other one tries to answer these questions about: 'are we alone - is there life anywhere else in the Universe?'"

Winnipeg, Canada-born James Peebles was honoured for his contributions to the understanding of the evolution of the Universe and Earth's place in the cosmos.

With others, he predicted the existence of cosmic microwave background (CMB) radiation, the so-called afterglow of the Big Bang.

By studying the CMB, scientists have been able to determine the age, shape and contents of the Universe.

"Cosmic background radiation was discovered in 1965, and turned out to be a goldmine for our understanding of how the Universe developed from its early childhood to the present day," said Mats Larsson, chair of the Nobel physics prize committee.

"Were it not for the theoretical discoveries of James Peebles, the wonderful high-precision measurements of this radiation over the last 20 years would have told us almost nothing." 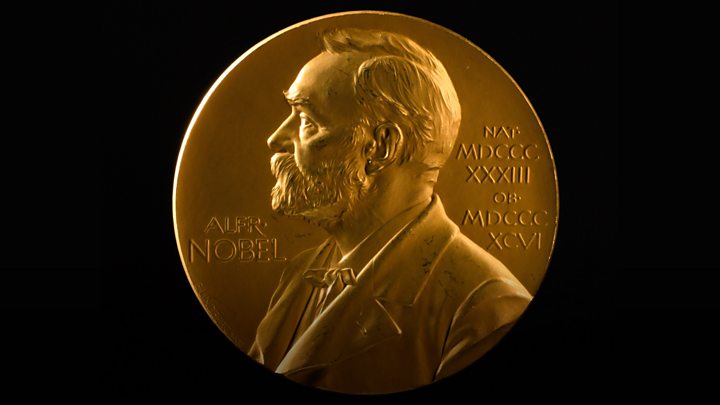 Media captionHow do you choose a Nobel prize winner?

The 84-year-old cosmologist, who is now based at Princeton University in New Jersey, US, also made major contributions to the theory of dark matter and dark energy, the mysterious components which together make up some 95% of the Universe.

In addition, he helped develop the theoretical framework of structure formation - which describes how galaxies and other large structures emerged from earlier density fluctuations in the Universe.

Asked what he considered his most important contribution, Prof Peebles said he was "hard-pressed to say", adding that his work had been collaborative.

"It's a life's work," he told the news conference at the Royal Swedish Academy of Sciences in Stockholm.

Michel Mayor and Didier Queloz were awarded the prize for finding 51 Pegasi b, a gas giant orbiting a star 50 light-years away. 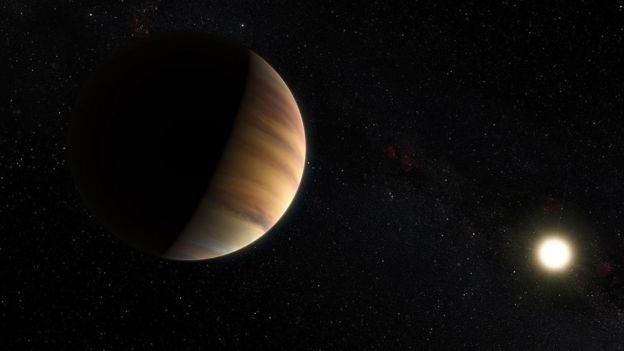 Image copyrightESO / M KORNMESSER Image captionArtwork: Michel Mayor and Didier Queloz have won for their detection of the distant planet 51 Pegasi b

It was the first exoplanet to be discovered orbiting a star like our own.

They used the pioneering radial velocity technique. This detects distant worlds indirectly, by measuring how a parent star "wobbles" when it is tugged on by the gravity of an orbiting planet.

Michael Moloney, chief executive officer of the American Institute of Physics, said: "[The laureates'] groundbreaking work on discovering the fundamental nature of the Universe and new worlds in distant solar systems has opened up whole new areas of research in cosmology and exoplanet science.

"The discovery of a planet orbiting a star outside our own system has changed our perceptions of our place in the Universe - a Universe that still holds many mysteries to solve."

EuroScience and the Fondazione Internazionale Trieste announce that the 2020 edition of the EuroScience Open Forum will be rescheduled to take place from 2 to 6 September in Trieste (Italy). The ESOF conference has been postponed due to the Coronavirus covid-19 pandemic. The rescheduling will be accompanied by an update and revision of the ESOF programme. Digital

Dear colleague, My name is Ivan Alvarez and I developed my Marie Curie at Cornell University between 2014-2016. During that period I conducted several experiments focused on emotions and architecture.  After finishing my research I decided to create the startup Emotional Data.  Our technology recognize emotions of people in order to predict growth of companies (EBIDTA and ROI

UN Sec Gen António Guterres speaks to all of us

Our world faces a common enemy: COVID-19. The virus does not care about nationality or ethnicity, faction or faith. It attacks all, relentlessly. Meanwhile, armed conflict rages on around the world. The most vulnerable — women and children, people with disabilities, the marginalized and the displaced — pay the highest price. They are also at the highest risk of suffering devastating

In light of mass cancellations and delays due to the COVID-19 pandemic, the Commission is reassuring EU passenger rights are protected. Travel restrictions, lock-downs and quarantine zones have made transport among the most severely affected sectors of the COVID-19 pandemic. To help address this stressful and unprecedented situation, the European Commission issued guidelines on EU

Developing a green economy is a top European priority. This creates an urgent need to train European researchers in the fields of synthetic biology and bio-analytics, focusing particularly on the ability to solve complex challenges in the design of relevant proteins.   The Marie Skłodowska-Curie Innovative Training Network “RNAct - Enabling proteins with RNA recognition motifs for