Marie Curie tops poll of women who changed the world

Marie Curie, the pioneering scientist who was the first person to win two Nobel prizes, has topped a poll asking which woman has had the most significant impact on world history.

BBC History magazine compiled a list of “100 women who changed the world”, chosen by 10 experts, and asked its readers to help rank them.

Patricia Fara, president of the British Society for the History of Science, said Curie could boast “an extraordinary array of achievements”. She was the first woman to win a Nobel prize in physics, the first female professor at the Sorbonne and the first person – “note the use of person there, not woman” – to win a second Nobel prize, awarded for chemistry in 1911, eight years after her first. She remains the only person to hold Nobel prizes in two sciences. 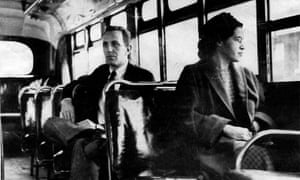 Rosa Parks refusing to give up her seat on a Montgomery bus on 1st December 1955. Photograph: AP

“The odds were always stacked against her,” said Fara. “In Poland her patriotic family suffered under a Russian regime. In France she was regarded with suspicion as a foreigner – and of course, wherever she went, she was discriminated against as a woman.”

Given that 2018 is the centenary of the Representation of the People Act, which extended the parliamentary vote to some women and paved the way for universal suffrage 10 years later, poll organisers said it was little surprise that political activists featured heavily in the list.

Parks, who helped bring about so much human rights change by refusing to give up her seat on a bus in her hometown of Montgomery, Alabama, in the US, was voted number two.

Pankhurst, the founder of the Women’s Social and Political Union, came in at three; Mary Wollstonecraft, arguably the founder of modern feminism, is number 10; and Josephine Butler, the Victorian campaigner against the sexual exploitation of women, is at 18. 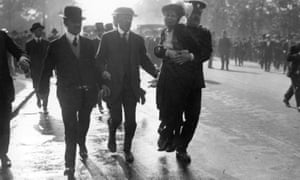 It is a list that will provoke arguments. Does Margaret Thatcher deserve her place at number six? Diana, Princess of Wales at number 15? Has Eleanor of Aquitaine (11), the powerful wife of both Louis VII of France and Henry II of England, had a bigger effect on world history than the Virgin Mary (12)?

Scientists feature more prominently than artists. As well as Curie, the top 10 includes Lovelace, considered to be the first computer programmer; Franklin, the crystallographer who provided the crucial piece of evidence in the discovery of the double helix structure of DNA; and Marie Stopes, the birth control campaigner. An interesting preponderance of scientists of some sort or another....

The only novelist in the top 20 is Jane Austen at 13. The highest placed visual artist is Frida Kahlo at 34, just ahead of Theodora, the empress of Byzantium. 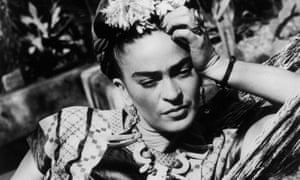 Charlotte Hodgman, the magazine’s deputy editor, said it was refreshing to see more unfamiliar names make the top 20, such as the 19th century philanthropist Angela Burdett-Coutts, the first woman to be made a peer, in seventh place.

“The poll has shone a light on some truly extraordinary women from history, many of whose achievements and talents were overlooked in their own lifetimes.

Hodgman acknowledged not everyone would agree: “I’m sure the full list will provoke conversation and debate.”