Some impressions from “The European Business Summit 2018”.

This is the leading European business strategy event of the year, and has been held annually since the Millennium. The theme of this year’s edition is “Leading in a changing world: Europe at the forefront of global economic, social and political change”. The discussions was focused on topics such as such as clean industry, ethics, trade, security and defence, digitalisation, energy and Brexit, The 900 delegates had the opportunity to participate in a number of events and workshops ranging from cybersecurity to cultural heritage, from almost one to one conversations, agora debates and formal plenaries. I had been asked to attend for a UK fashion start up to see what the BREXIT mood was, so I had pinned my hopes on the final session where Philip Hammond was a speaker.

Of course, the forward looking nature of the event meant much discussion focused on investment and research. The looming deadline of the GDPR also generated a lot of reflection.  The speaker from Google announced that the GDPR must have been taken seriously by business because as a google search term, it was outranking Beyonce. Proof indeed. However, big business said it was bad for small businesses. Public bodies said it was good for Europe and showed we care about individual rights, unlike our friends across the Atlantic. Some of the Asian delegates seemed bemused by the whole thing.

Oh – it felt very strange that the EBS 2018, as an event, was predominantly supported and funded by two non-EU big league players – one from India and one from Taiwan. In fact, apart from the local brewery, ABInBev, European big business was quite absent. I chatted with some delegates, no one was clear why this was the case. The EAC University Industry Council was not present nor mentioned, which I thought was an oversight by the new Deputy Director General of DG EAC (Education and Culture) who look after Universities. On the plus side, when I compare it to the past events where I attended, it was very encouraging to see the percentage of women attending, well over 40%, and also that they were largely younger which bodes well for the next generation of governance. Public body speakers also increased female participation, probably through affirmative action programmes in their ministries.

Philip Hammond gave a very frank and sincere assessment of the BREXIT talks. One could almost feel the anguish as the red lines were discussed, uttered by someone who seems to be a conviction Remainer. But he is optimistic that with a bit of goodwill either side (of the Irish Border) a deal can be struck. A straw poll taken just after he left the room suggested his optimism was wildly misplaced.

It is the year of Cultural Heritage and the relevant session, though poorly attended, was solidly supported by good speakers and a convinced audience. The Commission proposed 1.8Billion Eur for the topic in the next budget cycle, but the lobbyists were hoping for much more by also accessing the structural funds that will be a part of the budget. Much was made of the fact that this was the first ever session labelled “Culture” at an EBS after 20 years; and this showed a new mellowing of industry. It certainly echoes greater corporate responsibility over that period. A good point was made is that 75% of the 300,000 direct jobs in the Cultural Heritage sector are in rural and non-urban areas, where jobs are at a premium. Only LVHM though, as a major European luxury goods company, openly supported the momentum this session gathered.

The impact of AI was a key topic – attended by nearly 200 of the delegates.

“The digital revolution has had an enormous impact on our society, in many overwhelmingly positive ways. It has increased our global consciousness, provided unprecedented amounts of publicly available information, and often bolstered political, social and economic engagement and participation.

Perhaps most importantly, it has contributed greatly to opening up access to high-quality education across the globe. There has never been a time in human history with so many and such widely-available opportunities for learning. As policymakers, it is our responsibility to channel this into developing the kind of skills that would help people find employment and prosper and push society as a whole forward.”

“ Advances in AI, robotics and so-called ‘autonomous’ technologies1 have ushered in a range of increasingly urgent and complex moral questions. Current efforts to find answers to the ethical, societal and legal challenges that they pose and to orient them for the common good represent a patchwork of disparate initiatives. This underlines the need for a collective, wide-ranging and inclusive process of reflection and dialogue, a dialogue that focuses on the values around which we want to organise society and on the role that technologies should play in it.”

With a touch of irony it was even suggested that the UK would benefit from advanced use of AI to free up jobs so that gaps can be filled by British workers left by EU citizens who would be leaving. There were many views on the subject, ranging from AI is already here and we are dealing with it to AI will never impact our consciousness and we need to think what work really is, and what role it plays in our lives as a whole. I cannot pretend to have understood the position of the Commission Think Tank on this however.., quote:

“Why do we work and how does work give us meaning? How can European values of justice, dignity and solidarity be realised in a changing world? To what extent might longstanding governance frameworks, such as social security systems and employment laws, require updating?”

I look forward to the conclusions of the working Group on this which will be published on the EGE website (European Group on Ethics) in due course. Of course, no one suggested that this would be real AI, it is at best machines just doing what they do best, which at best, frees us to do what we do best – think, innovate and create.

The digital revolution was frequently referred to. It has had an enormous impact on our society, in many overwhelmingly positive ways. It has increased our global consciousness, provided unprecedented amounts of publicly available information, and often bolstered political, social and economic engagement and participation. A speaker from the European Parliament focused on the need for the right skills.   Perhaps most importantly, it has contributed greatly to opening up access to high-quality education across the globe. There has never been a time in human history with so many and such widely-available opportunities for learning. Policymakers see it as their responsibility to channel this into developing the kind of skills that would help people find employment and prosper and push society as a whole forward. But progress is very variable – Estonia for example has 99% of e-government, while Romania has just 3% of e-commerce sales.

Not unrelated to this issue, the Commission reminded all present that its intervention in the transborder parcel market has made it feasible to have common standards and transparent commerce at a reasonable cost. On the other hand, the presence of ENISA reminded us that the digital future is also a hunting ground for new criminal activity, and its work on cybersecurity is growing in response to emerging threats. The Commission, on the other hand, is placing faith in the inherent security of blockchain technology to thwart misuse.

Are you a TV fan? If you are in Europe in country A and like to watch country B’s TV, BREXIT maybe bad news for you. Of the 4,000 TV channels in Europe, 1,600 operate in the UK and almost all of them deliver content inside the other EU countries. Come BREXIT, they may no longer be allowed to distribute inside the EU; unless a specific agreement is made. It is probable that the Internet can provide a solution, but not forever.

Another fascinating insight was given by Lisa Lang, CEO of the Powerhouse project amongst others. Her talk was entitled “Second skin Technology - How fashion enables smart citizens” She also founded ElektroCouture, which brings the beauty of light together with the intelligence of wearable technology. A video showed all the great things you can do with technology and how aesthetically you can wear “glowing” fashion. They are best known for being first to market with glowing ready-to-wear collection on ASOS, running the first FashionTech shows and education programs across the world and creating #MarleneGlows, a fashiontech dress for Marlene Dietrich.  Yes, as early as 1958 Marlene Dietrich gave specs for a dress that glowed in the dark. In 2017, ThePowerHouse acts as matchmaker to create collaborations across all industries to establish new interdisciplinary market strategies and products. There are hurdles to overcome – washable LEDs are not that commonplace – yet… With the advent of the circular economy, this fashion trend that can also monitor your health has mileage in it.

I attended on behalf of TRENDLISTR, a young circular economy fashion start up in NE England. What could I tell them? The future of e-commerce in Europe is in good hands, the research on security issues and privacy are all hand in hand with the ethical and human dimension Europe strives to maintain; but for someone based in UK much of this may be academic. Design and flair and content are still potent weapons in our European skills set, even if production has slipped away.

What can I tell MCAA readers? The EBS was driven largely by support from Asian businesses wanting to have European credentials. When Huawei spoke about their encryption research, it was in the context of a new R&D centre established in Europe. When Toyota wanted to build smarter devices, they set up TRACE – a network of five EU universities to undertake the research here, not “there”. Compared to my attendance a decade earlier, US firms were effectively absent from the event. Is this a sign of the TPP finally being dead in the water? Biotech? Might as well not exist – totally absent. So how representative is EBS of European business these days?

Yet, as I looked down into the Atrium and saw maybe half of the people staring into a screen rather than networking over coffee, I could not help thinking that we have not learned that much. Man committed the original sin by taking an apple. Now mankind is being seduced by the original SIM in an Apple product, deliciously offered and too expensive for most really.

The EBS was no longer about the product and the technology; it was all about the methods of delivery and intermediation. Good for social science? Good for Europe as we try to ensure the technology remains a servant of mankind and extends our competencies, not replace us.

The Commission announced it was asking 100 Billion Euro for the new Framework Programme before we can see any impact of the H2020 programme as most of the resources were only allocated in the last phase to 2020. How will politicians who need to be re-elected exactly one year from now, react to this? Why are they not asking for more evidence based proposals from The Commission? Europe needs this initiative as it has shown itself inherently capable of networked team led research to tackle large problems beyond the scope of any one country or research facility; which may not win many Nobels, but touches the lives of thousands of citizens for the better and safer. Is it not better that 500 million people move forward an inch together than one person win a prize?

The pet name for FP9 is Horizon Europe in some circles in the Commission. I hope no one forgets the huge contribution made by third countries who have joined, and the thousands of their researchers who have flocked to Europe from outside to contribute their skills to help solve our problems and progress our future. 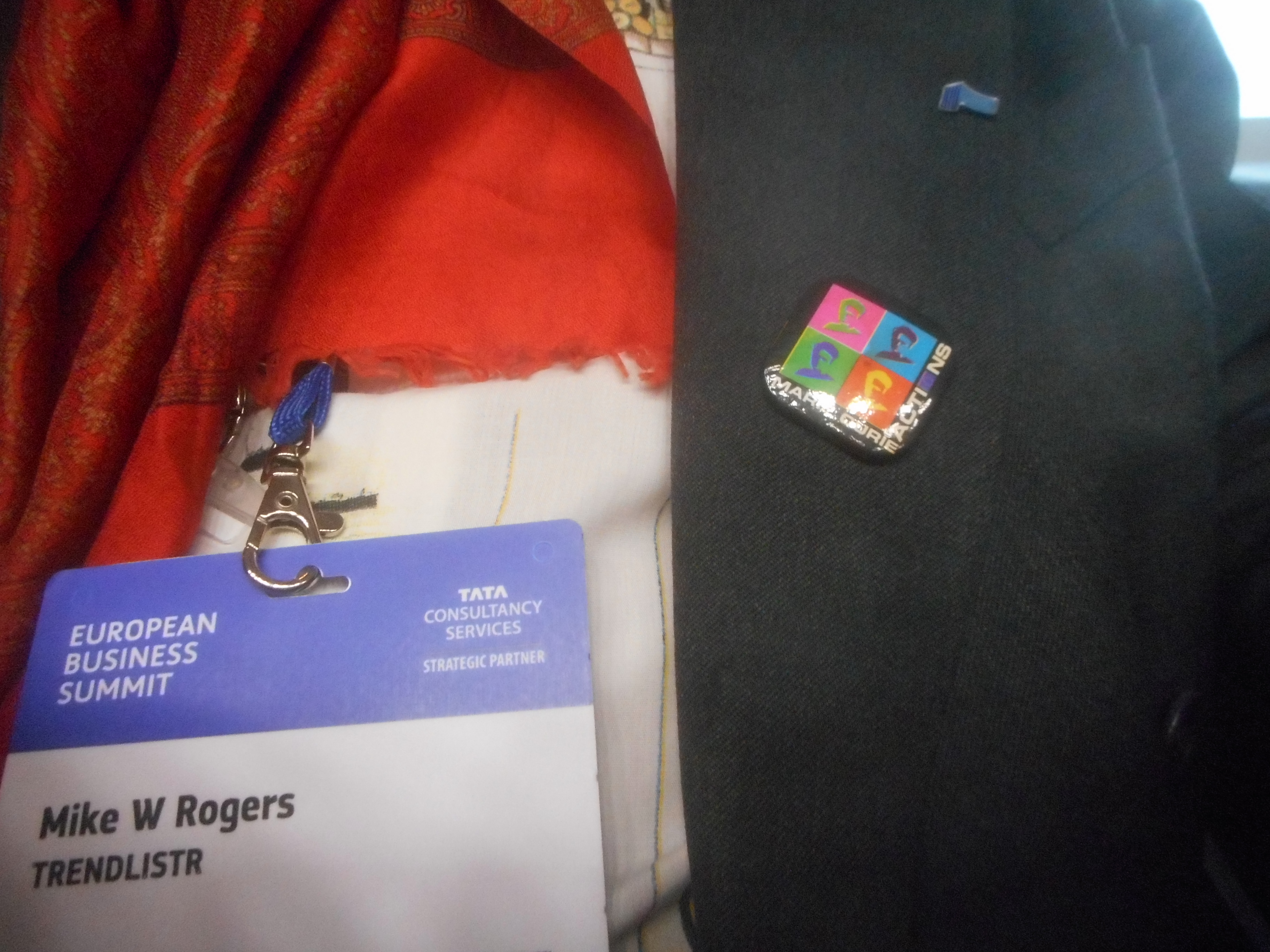