About 5% of the reported unidentified anomalous phenomena — or so-called UFOs — can’t be explained and should be thoroughly investigated by mainstream scientists according to Etienne Caron (Canada). Together with Massimo Teodorani, astrophysicist at the Italian National Institute for Astrophysics (INAF), he tells us why, how and where mainstream scientists can play an active role in understanding the anomaly. In essence, they are not saying that UFOs are carrying intelligent beings from outer space, but do recognise the importance of monitoring the events in a more rigorous and deterministic way.

The so-called ‘UFOs’ have been widely reported around the world and even throughout human history1-4. The anomaly appears to be transient and unpredictable, iridescent and hypnotic, liquid and floating, harmonic and ethereal, symmetric and asymmetric5. When such reports are not fakes, hoaxes or misinterpretations of natural and/or manmade phenomena, they come from witnesses whose emotional state often alters what really happened6.

Measurement sensors are able to record the phenomenon with a high level of accuracy and reproducibility. Interestingly, the phenomenon has been frequently observed in specific locations in the world (Figure 1) and high-speed photometry could have been used to monitor the phenomenon.

Among these sites, Hessdalen in Norway is particularly interesting as the phenomenon has been reported very frequently, with about 20 observations per month in the 1980s. Hessdalen is now equipped with various instruments, continuously recording data within an automated station7. The recorded data can be plotted on a graph to illustrate the variation of physical parameters as a function of time (Figure 2). Subsequently, an equation can be derived to describe the trend of the acquired data and finally deduce a physical law. This is a simplified example of the scientific method currently used in Hessdalen to describe the unidentified anomalous phenomenon (UAP) in a rigorous scientific manner.

Hessdalen is a good example of how it is feasible to set up proper instrumentations for the scientific investigation of UAP.

UAP could turn out to be anything: fakes and hoaxes, unknown natural phenomena, secret human technology or even visitation from exo-intelligence8. Physical science can provide all the necessary means to identify the nature of the observed phenomena and to understand quantitatively the physical mechanism characterising it. Again, identifying strategic sites and adopting the appropriate measurement instruments is crucial to enabling mainstream scientists to acquire such data. For instance, it is possible to use high-quality, high-sensitivity and all-sky video cameras, high-speed recordings, low and high-resolution optical spectrographs, thermal imaging cameras, magnetometers, VLF/ ELF and microwave spectrometers, radars, LIDARs, electrostatic particle detectors and gravimeters. Some of these instruments have been already used to monitor UAP, but funding is needed to equip additional scientific stations on various pre-defined strategic sites9.

This research is still in a very early stage and no university has taken yet a serious interest in researching UAP. In our opinion, funding agencies and universities should encourage such research because the phenomenon presents the type of anomaly that could lead to scientific breakthroughs and ultimately, the development of innovative technologies.

We thank Giancarlo Sportelli, member of the MCAA, for commenting on this article. 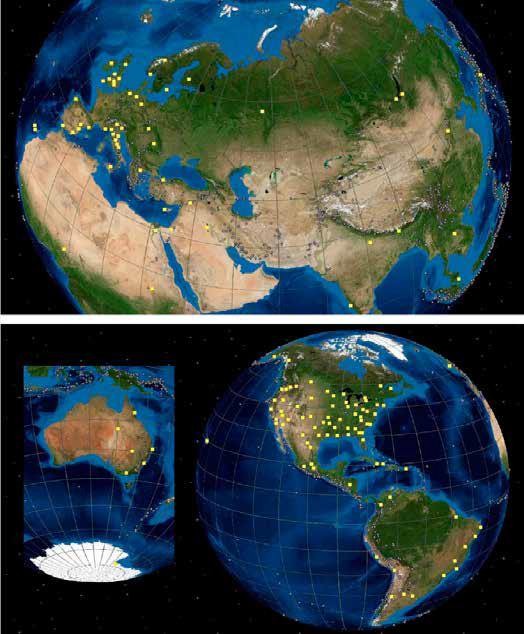 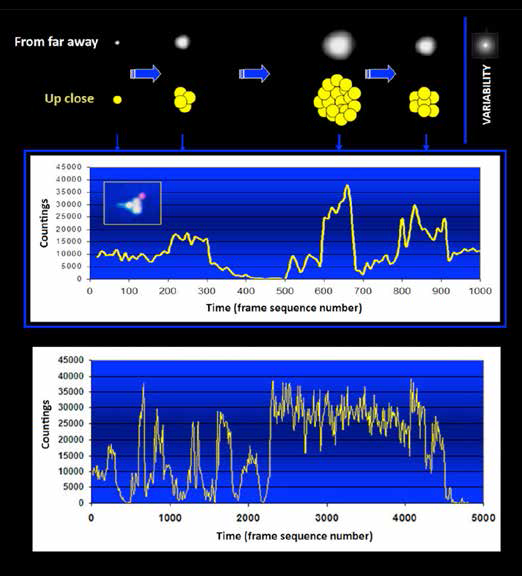 Figure 2. The ‘clustering effect’ manifested by the light spheres observed in Hessdalen. (Above) Sketch showing the mechanism of light increase of luminous plasma phenomena in Hessdalen due to a ‘clustering effect’ of many light spheres around a common barycenter. (Center) The corresponding measured light curved obtained using a professional video camera. (Below) The complete light curve obtained during a time period of 3 minutes.