Bacterial viruses (also known as “Phages”) are the viruses which infect bacterial strains. Such viruses are amongst the most abundant entities on our plant earth. As their life cycle involves bacterial cell for their production, they influence the microbial world significantly. Considering their unique property of infecting bacterial species, they are explored for their lytic potential against many deadly bacterial pathogens (Figure 1). Since, their discovery bacteriophages have played a very significant role in shaping the field of molecular biology and are now reconsidered for their role of “Bacteriophage therapy”. Bacteriophage therapy is emerging and re-emerging since last century and is defined as the application of phages for the treatment of different bacterial infections. But recently, they were re-recognized as a natural cure against bacterial pathogens.

Considering the global concern of antibiotic resistance -where bacteria develop resistance against antibiotics-  the use of bacteriophages has got a huge attention and it seem to be an excellent way to combat multidrug‐resistant (MDR), extensively drug‐resistant (XDR) and pan-drug‐resistant (PDR) pathogens. Bacterial pathogens can also develop resistance to bacteriophages over a period of time due to the presence of immunity provided by CRISPR-Cas system (Clustered Regularly Interspaced Short Palindromic Repeats), which is prokaryotic immune system and renders immunity against foreign genetic materials. However, bacteriophage lytic enzymes too can be considered as an additional approach for targeting such critical infections as their lytic activity is having a wide range and frequent inoculation of such enzyme is possible to overcome the issue of both antibiotic and phage resistance. Moreover, there are no reports of bacterial strains developing resistance against such phage lytic enzymes! Hence, it seems that synergistic approaches for targeting such drug resistant bacterial pathogens can be the best solution (1,4). 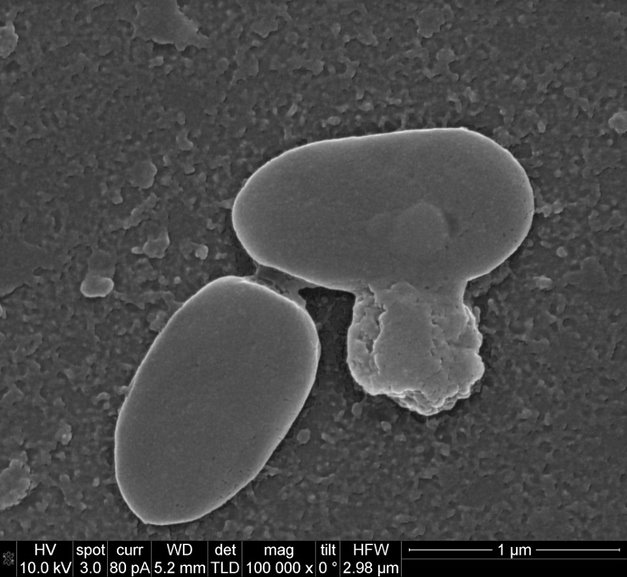 There are definitely many advantages with phages over antibiotics, but phage-antibiotic synergy seems to be an essential strategy in case of chronic infectious diseases following cystic fibrosis. For developing effective phage therapy, screening and selection of phages from different clinical and environmental sources are important to avoid “site-specific evolution” among the phage-microbe community. Also, phage lytic enzymes can provide an additional advantage to support effective treatment strategies in the near future.

Mutating bacteriophages for targeting resistant pathogens in humans was reported recently (2), clearly indicating their safe applicability. But, considering the environmental impact of such released phages its applicability has particular concerns and may lead to co-evolution of phage-microbe community even further in unprecedented manner! In other words, “we are mutating the mutators”! Likewise, natural phages can evolve and can be explored for targeting resistant bacteria. Isolating new lytic phages (Figure 2) is quite convenient rather than modifying one (1) !

In our ongoing project, we are isolating different bacteriophage strains from clinical and environmental samples against pathogens isolated from patient samples for targeting biofilm-forming microbes for their in-vitro and in-vivo studies. Bacteriophages seem to be more robust towards their previously unencountered bacterial hosts rather than those with which they reside. It was observed during our in-vitro bacteriophage therapy studies with Pseudomonas aeruginosa (strains PAO1, P14, P56, PAET1, and PAET2), Mycobacterium abscesses (strains 390S, 390R, BE96S, BE96R, BE48S, BE48R, 44196S, 44196R, BE03S, BE63S, and BE82S), and Escherichia coli (strains E2348/69, MG1653, LF82, and CFT073) that bacteriophages isolated from different clinical and environmental samples had different results (Figure 2). We tried to isolate phages from clinical samples (sputum, urine, and saliva) from infected patients, for targeting chronic pulmonary infection causing, biofilm-producing bacteria(s) leading to cystic fibrosis or chronic obstructive pulmonary disease (COPD). Surprisingly, we found that phage’s isolated from clinical sources were less susceptibility towards their clinical bacterial counterparts resulting in less or no plaques formation through plaque assay method (Method for isolating viruses). On the contrary, the phage’s isolated from sewage source(s) where highly virulent towards these hosts, indicating that bacteriophages available at the source of infections probably provide phage immunity through co-evolution (3). Moreover, the sewage phage’s which don’t share such immunological history end up infecting the pathogens. These findings suggest that phage-host adaptation and evolution is “site-specific” and to encounter highly infective phages against pathogens we must screen different clinical samples and/or environmental samples to get desired results. In our case, enriching the phages isolated from the infection site and their reintroduction also provided a suitable approach for effective phage therapy.

Finally, we would like to conclude that bacteriophages can be harnessed for their natural antibacterial potential naturally through single or cocktail of different lytic phages, phage lytic enzymes (1), antibiotics and/or synergistic combinations of them all to overcome the antibiotic resistance (4). Also, development of such timely approaches will be helpful to normalize therapeutic treatments for different chronic infections and successful development of state-of-the-art treatment therapies for antibiotic resistance in near future.

This work is funded by the European Commission under Horizon 2020’s Marie Skłodowska-Curie Actions COFUND scheme (Grant Agreement No. 712754) and by the Severo Ochoa program of the Spanish Ministry of Science and Competitiveness [Grant SEV-2014-0425 (2019–2021)].