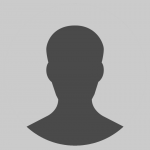 Hi All, Some of you may have seen the call for the UKRI Future Leaders Fellowships, which are a new scheme to attract and retain researchers and innovators in/to the UK. https://nerc.ukri.org/funding/application/currentopportunities/flf-call/ Myself and some others were preparing bids for the call, but have been informed by York that as we have held Marie Curies, this would make us inelgible for the scheme as our MCs were meant to contribute towards our research independence, the same purpose of the Future Leaders scheme; we've therefore held a 'fellowship of equivalent standing'. It's unclear whether they have therefore ruled out all those who have held independent fellowships (British Academy, Wellcome Trust, Leverhulme) too, or if MCs are being singled out. But the fellowship is definitely still open to those holding permanent academic posts, which seems rather contradictory... Does anyone know if this eligibility criteria is being interpreted as excluding Marie Curies by other universities? If so is it just the MC scheme that's being targeted? Thanks, Robyn