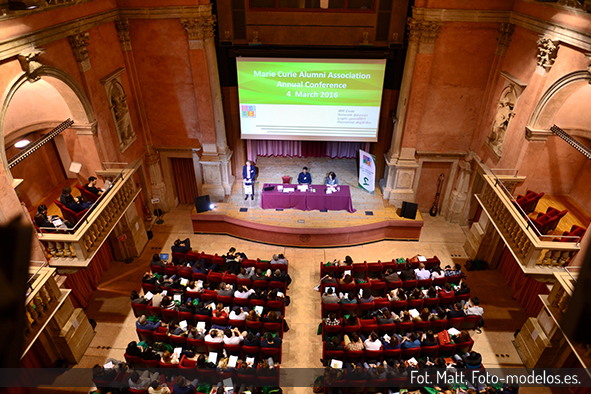 The 2016 MCAA General Assembly and Annual Conference was held across two days in Venice, Italy on 4th (Conference) and 5th (General Assembly) March 2016. The event organisation was greatly assisted by the North Italy Chapter, in cooperation with various local partners, in particular the Ca' Foscari University.

ELECTIONS: Members attending the GA were invited to elect a new MCAA Board and Executive Committee for the next two years. The list of candidates for the elections, along with their submitted profiles, can be viewed here. The results of the election are published here.

POSTERS:  Over 70 members submitted posters; these were on display on both days, providing a wealth of examples of the work being done and allowing other members to meet the researchers involved.

IMPORTANT DOCUMENTS: During the General Assembly, members were expected to have inspected the Minutes of the 2015 GA and the Financial Statements for 2015. Members who were unable to attend the GA, but who wished to vote on matters discussed were able to appoint a proxy (i.e. a member  attending who could vote on their behalf) by completing the proxy form; this option is now closed

General information on both events