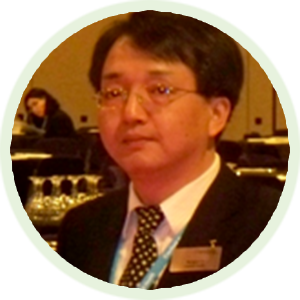 Songjun Li is a distinguished professor at Jiangsu University and currently president of the Chinese Advanced Materials Society. He was also behind the launch of the International Congress on Advanced Materials (AM2011). As a post-doctoral associate, he joined the University of Wisconsin-Milwaukee (USA) in 2008, then took up a Marie Curie Fellowship in Cranfield University (UK), where he has worked with the world-renowned scientists Professor Anthony P.F. Turner and Professor Sergey A Piletsky during 2009-2011. He joined Jiangsu University as a distinguished professor in 2012. Here, he is leading the 'Polymers and Functional Materials' research group in the School of Materials Science and Engineering. Professor Li was further awarded the "Jiangsu-endowed distinguished professor" by Jiangsu Province in 2012 due to his outstanding contribution to polymer research. He currently holds the editorship for the "Journal of the Chinese Advanced Materials Society" (Taylor & Francis), "International Journal of Physical Science", "The Open Electrochemistry Journal", and "Advancement in Scientific and Engineering Research". He also sits on editorial boards for the "Journal of Inorganic and Organometallic Polymers and Materials "(Springer) and the "American Journal of Environmental Sciences".

1. When you started your project through the Marie Curie initiative, what were your expectations?

I started my Marie Curie Fellowship on 8 Dec 2009 in Cranfield University (UK). My expectation was to strengthen the existing cooperation and communication between China and European countries. Of course, I personally had an aspiration to gain a better outlook for myself. Now, I feel comfortable to say that I have met my expectations, in other words I feel a stable connection between me and my European colleagues. Due to the 'humble' prestige I won within the scientific community, and having now a much better academic position (compared with before). These may be partially reflected in the fact that I was authorised in 2014 by the Society of Molecular Imprinting (with European origin) to organise the 8th International Conference on Molecular Imprinting.

2. When you started your placement, did you imagine that you’d be where you are today?

I left Cranfield University on 8 Dec 2011 and subsequently joined Jiangsu University. I was immediately promoted from an associate professorship to the distinguished professorship in 2012. Following the promotion, I was awarded the "Jiangsu province-endowed distinguished professor" by Jiangsu Province for my 'humble' achievement in polymer research. I became the academic leader for the Department of Polymeric Materials in 2013. Indeed, I never expected this to happen! I believe that my Marie Curie-IIF experience played a part in steering these promotions!

3. If you had to choose the most memorable moment during your Marie Curie project, what would it be?

The most memorable moment for me would be the first work meeting I had with my supervisors, in which Prof. Anthony Turner and Prof. Sergey Piletsky told me how to do better! I will never forget their comment on scientific research that "the essence of scientific research is to learn from nature and to solve complicated problems through inspiration sought from nature".

4. Three words that sum up your Marie Curie Actions experience?

I see my past 10 year as an enthusiastic, hard-working and fruitful period. I have published some high-quality papers and edited 5 books for worldwide publishers, including Elsevier and Wiley-VCH. During this period, I have also founded the International Congress on Advanced Materials with the first one having take place on 13-16 May 2011 in Jinan (China), followed by the second  one of its kind, which took place in Jiangsu University (16-19 May 2013) and which proved to be a great success. The scientific programme has involved 600-plus participants, 700 full manuscripts and 315 abstracts from across the world. I was elected president of the Chinese Advanced Materials Society in 2011 and I founded the Journal of the Chinese Advanced Materials Society in 2013, which is being published and issued by the prestigious Taylor & Francis. It is so true that "the important thing in life is to have a great aim and the determination to attain it" (Johann W. von Goethe) and that "you have to believe in yourself and that's the secret of success" (Charles Chaplin).

6. Is there a famous researcher who inspires you?

Sure! Not one single but a few! Although I want to specifically mention Anthony P.F. Turner, since I spent two years with him and so can present a relatively comprehensive profile. Professor Anthony P.F. Turner is a world-renowned scientist, well known for his outstanding contribution to the field of biosensors. He contributed to pioneering work on "bioelectrochemical fuel cells" that underpinned his early innovations in electrochemical biosensor systems. When I asked him how he had this pioneering idea, his answer was "the inspiration sought from nature, plus motives, enthusiasm, and hard-work". Although this answer did not appear to be a direct response to my question, I regard it as key for a professional researcher, which has encouraged me to dedicate myself to science. "If observations confirm the scientist's predictions, the theory is supported. If observations do not confirm the predictions, the scientists must search further".

7. What is your favorite quote by a scientist?

"I want to bring out the secrets of nature and apply them for the happiness of man. I don't know of any better service to offer for the short time we are in the world" (Thomas Edison).

8. Your advice to a researcher who would like to apply for a Marie Curie Action?

The world can be changed by a man's endeavour, which might lead to something new and better! Patience is bitter, but its fruit is sweet!

9. Imagine your ideal Marie Curie Alumni Association event. What would it be and where?

I envisage the Marie Curie Alumni Association being composed of worldwide branches. The worldwide branches will help promote cooperation and communication between the local and European countries, which would also casually organise academic conferences and help contact Alumni.

10. If you could introduce us to another Marie Curie Alumni, who would it be?

Sure! As per my knowledge, these two MC fellows are probably not currently listed in the Alumni Association. Please feel free to contact them if necessary: